A new workshop, a new chapter..

The approach to the island workshop, a 1920s boatyard built for repairing Thames lighter vessels. The boat moorings here are tidal.

I decided to set myself up in a workshop nearer to my brazing job at the Brompton bicycle factory.  The building is an old boatyard on a small island on the tidal Thames in west London.

My unit – compact, but everything I need in an inspiring setting.

Still some organising to do, but it’s taking shape. 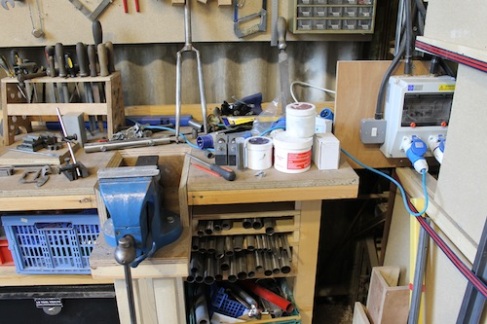 The cockpit – I really like the atmosphere here – skilled yet modest craftsmen come and go in the building and the light and changing tides alter the feeling of the place daily.

Finding a place for everything took time but it’ll pay off.

I thought it was about time that I bought myself a decent torch. 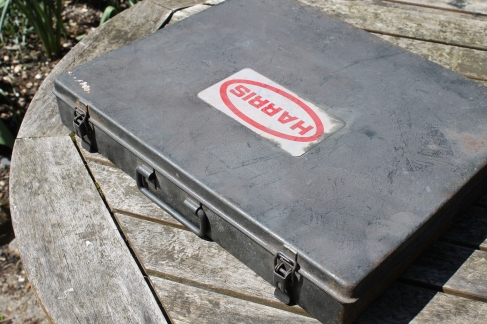 I bought this old Harris 19-2 torch set on ebay the moment I saw it. 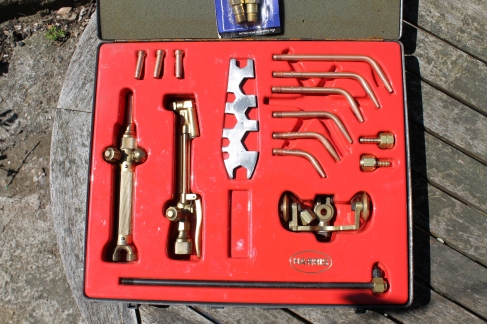 Decades old, but never been lit. Even has a cutting head. I am based at a working boatyard, so you never know, I may find a use for it. 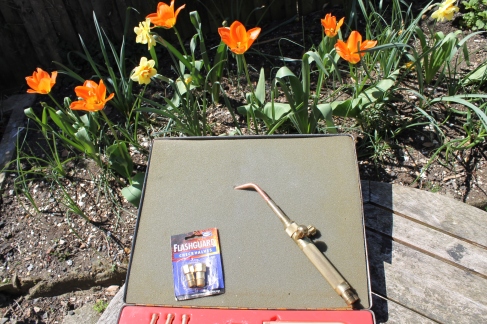 I found some reverse flow check valves for it too. Obviously I’m already using flashback arrestors.

Harris is a US company, but my torch is made in Italy under licence as “Harris Europa”.  It’s really nice to use and very quiet.

In my day job as a production brazer at Brompton, we use injector-type torches which are great for use with gas fluxers as they really help to push the braze forward and shape the beads with their added thrust.  I believe that my Harris torch here is what is known as an “equal pressure” torch, which gives a slightly gentler flame that’s easy to control and should be good for making smooth concave fillets.

I’ve also decided to restore an old Honda CD200 motorbike as a project so that my commute to the bike factory and errands to and from the workshop might be more practical.  Sorry if this appears off-topic, but I was without a workshop and a torch for a good few months..

The countershaft was worn where the front sprocket mounts, so I thought I’d rebuild the engine and replace any other worn parts, seals, piston rings, etc.

Now to transfer the gears..

Laying all the bits out – checking against a diagram is important. 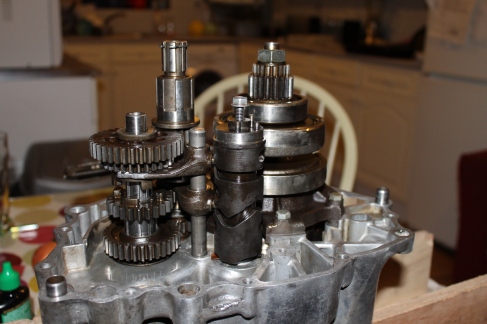 Rebuilt gearbox put back together in the crankcase half.

Top view with gasket in place.

The swingarm on the bike was pretty rusty – after shotblasting it looked pretty sketchy so I cut away some steel to reveal the extent of it all.  I found a big hole in the tubing inside:

Didn’t fancy riding this too far..

I found it impossible to find a replacement swingarm that was in good condition, and so I bought a used but rust-free US CM200 Twinstar swingarm which is very similar, but I’d have to swap over the driveside fork end (my bike has a bigger spindle to mount a cush drive) and a few other small mounts for the chainguard, etc.

I also decided to remake one of the welded-on plates as the rustworm had made it pretty flimsy: 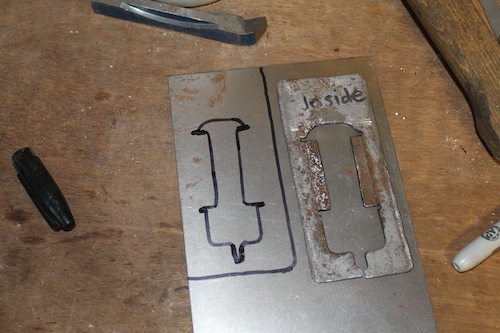 Marking out the template in new steel. 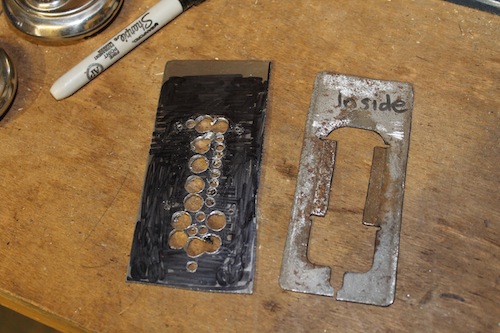 Then I drilled inside the lines on the drill press.

And cut and filed it to shape.

I brazed it all together with my ace new torch.

I soaked the flux off in a bucket of water. 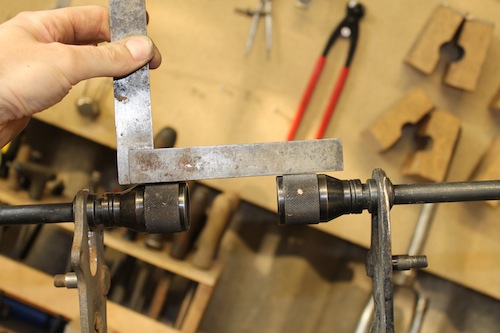 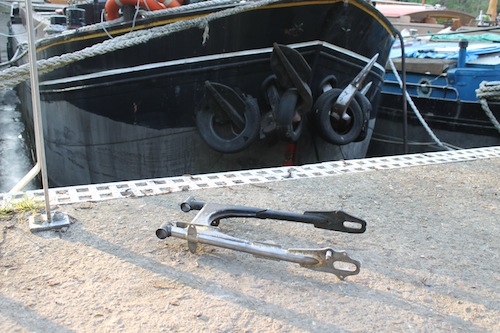 The finished swingarm. It’ll be powdercoated with the frame and then I’ll push new pivot bushes in.

I promise my next post will be purely pushbike related!